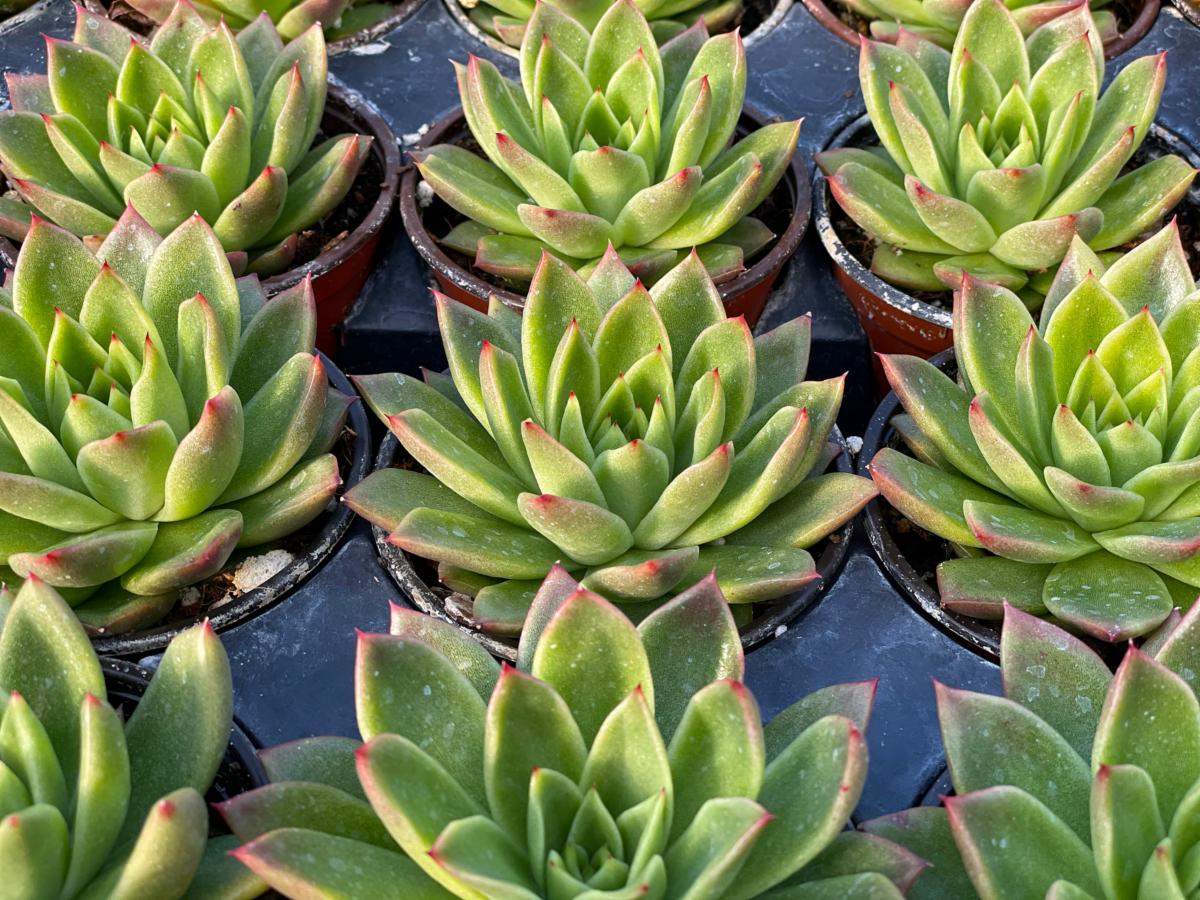 Succulents are plants with parts that are thickened, fleshy, and engorged, usually to retain water in arid climates or soil conditions. It is a characteristic that is not used scientifically for the definition of most families and genera of plants because it often can be used as an accurate characteristic only at the single species level.

The word succulent comes from the Latin word sucus, meaning ‘juice’, or ‘sap’.[1] Succulent plants may store water in various structures, such as leaves and stems. Some definitions also include roots, thus geophytes that survive unfavorable periods by dying back to underground storage organs may be regarded as succulents.

In horticultural use, the term succulent is sometimes used in a way that excludes plants that botanists would regard as succulents, such as cacti. Succulents are often grown as ornamental plants because of their striking and unusual appearance, as well as their ability to thrive with relatively minimal care.

Because succulents are sun loving plants, they prefer bright light over shadow.

Distinguishing Characteristics: Succulents do well as a house plant/plant combo since they are okay with low humidity.