A BIT OF HISTORY REGARDING GROUNDHOG DAY!

Using a groundhog meteorologistactually isn’t as random as it seems.

Every year on February 2, crowds gather at Gobbler’s Knob in Punxsutawney, Pennsylvania, to watch a groundhog emerge for the day. You know the drill-if he sees his shadow, bad news: There will be six more weeks of winter. But if he doesn’t see a shadow, spring is right around the corner.

In reality, groundhogs don’t make the best meteorologists, and poor Punxsutawney Phil doesn’t have a great track record (as of 2020, he’d made the right call just 39 percent of the time, according to Stormfax). So how did the bizarre tradition of Groundhog Day get its start? Here are some groundhog facts that you should know.

The roots of Groundhog Day aren’t as random as they might seem. The beginning of February marks the halfway point between winter solstice (the shortest day of the year) and spring equinox (when night and day are about the same length). Pagans would celebrate February 1 or 2 with a festival of light to mark the start of spring. Gaelic legend says that if the goddess Cailleach wanted a long winter, she’d make the day bright so she’d have sunlight to gather more firewood. But a dreary day she’d stayed in because spring was on its way. Check out some of the most memorable mishaps that happened on Groundhog Day.

Medieval Christians adapted the festival and handed out candles. The feast day falls 40 days after Christmas, marking the end of the period when Jewish tradition would have considered Jesus’ mother unclean after giving birth. She would have been allowed to worship in the Temple again, so February 2 is also considered the day that baby Jesus would have been presented there for the first time. One old English song connects the day to the weather:
“If Candlemas be fair and bright,
Winter has another flight.
If Candlemas brings clouds and rain,
Winter will not come again.”

Eventually, Europeans started looking to animals’ hibernation patterns on Candlemas to predict the weather. Some watched to see if bears would come out of their dens, while the English looked for hedgehogs, and the French waited for marmots. Read up on these animal facts you probably have all wrong.

Germans, whose tradition said a badger would walk out of its hole if there was snow but retreat back inside if the sun was out, brought the custom to the United States. The Pennsylvania Dutch gave it their own twist by replacing badgers with groundhogs, probably because the hibernating animals were so common in the Keystone State.

In 1887, watching for Punxsutawney Phil became an official event. Since then, other cities have started looking to their own groundhogs, like New York’s Staten Island Chuck and Georgia’s General Beauregard Lee. Whichever furry forecaster is your trusted favorite, cross your fingers for a speedy, shadow-free spring. Next, check out these famous groundhogs that aren’t Punxsutawney Phil.

VALENTINE’S DAY IS AROUND THE CORNER – STOP BY EITHER PAYNE’S LOCATION TODAY!

VALERIE’S VIEW from the Greenhouse! 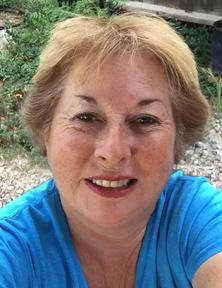 MINT ANYONE?
Common names are somewhat confusing. We get many requests for mint. Our question to the customer is ‘which mint?’ We have Spearmint, Peppermint, Mojito Mint, Strawberry Mint, Banana Mint and on and on. We try to use the scientific or botanical names when possible as we ourselves become confused.
For instance, on the Herb table we usually have several Mentha spicatas: Spearmint and Yerba Buena to name two. We have Mentha peperitas: Peppermint and Chocolate Mint. We carry Mojito Mint (Mentha villosa) and Banana Mint (Mentha arvensis). On occasion, we have Ginger Mint, Corsican Mint, Apple Mint and Pineapple Mint.
We carry Pineapple Sage, which is Salvia, but many assume it is a mint. We have several Hummingbird Mints in the Perennial area which are Agastaches. Customers come in looking for Catmint. We ask if they want Catmint, Nepeta faassenii or are they looking for Catnip, for their cats, which is Nepeta cataria.
It does not matter which mint you are looking for. Chances are we have it or something similar. Come get your mint.
HAPPY GARDENING!

AN EXCELLENT ICE MELT THAT IS GOOD FOR YOUR PLANTS!

PLEASE NOTE: Do not use Earth-Wise Ice Melt or any ice melt on concrete that is less than 1 year old.

Stop by both locations for this special ice melt in stock now.

CLICK HERE TO LISTEN TO THE GARDEN GURU’S ARCHIVED RADIO SHOW ON THIS TOPIC.

STOP BY AND ASK FOR YOUR FREE CALENDAR AT EITHER LOCATION TODAY!

8 MUST-KNOW TIPS FOR CARING FOR YOUR HOUSEPLANTS DURING THE WINTER!

Winter is known as the quiet season in the garden because most outdoor plants aren’t doing much. It’s the same for your indoor garden. Of course, your houseplants don’t have to endure snow and chilly winds whipping across the landscape. Yet, growing conditions in your home do change in several subtle ways during the colder, darker months of the year. You’ll need to adjust how you care for your houseplants in winter to keep them healthy and thriving. Use these tips to ensure your leafy friends continue to fill your home with their lushness and natural beauty through the depths of winter.

1. Cut back on watering.
“Winter means less light, and generally speaking, less light means less water,” says Erin Marino from The Sill. The more sunlight a plant receives, the thirstier it will be over time, Marino explains. With limited sunlight in winter, plants use less water than they do when they are actively growing in spring and summer. “A plant that you watered every week in summer might now prefer to go two weeks without water,” Marino says. Instead of following a schedule, it’s better to check how the potting mix feels before watering. Poke your finger at least an inch into the soil. If it’s dry, water the plant thoroughly. If it’s moist, wait a couple more days and check the soil again. If you’d rather not get your fingers dirty, use a moisture meter. “Remember, it’s easier to add water than to remove it! So, lean toward the side of under-watering if you want to be extra cautious,” Marino says.

2. Pay attention to sunlight.
When the sun comes up later and sets earlier, plants receive less sunlight than they did in spring and summer. If possible, you may want to move your plants closer to windows so they can take advantage of as much light as possible. Rotate pots a quarter turn each week to ensure all sides of your plants get sunlight from time to time. If boosting the light levels isn’t an option for you, most plants will be just fine. “Your inside plants will adjust to the seasonal change outside,” Marino says.

3. Don’t worry about a few dropped leaves.
“When bringing houseplants that spent the summer outside back indoors, they will likely drop some leaves,” says Marino. “This is perfectly normal, as they are adjusting to the lower light levels of being indoors.” If your plants stay inside year-round, a small amount of leaf drop coming into winter is normal, as well, Marino says. Leaf drop due to winter is the houseplant’s way of preparing for lower light levels and is nothing to worry about.

WE NEED YOUR GREEN THUMB!

Payne’s proudly employs some of the best “THUMBS” in the horticulture industry. We value teamwork, camaraderie, fresh ideas, and hard work.

PAYNE’S PHOTO OF THE WEEK!

PHOTO OF THE WEEK!

BABY GERANIUMS GETTING READY FOR SPRING

——————————————————
SHARE YOUR PHOTOS! Please keep sending in your photos.
You Could WIN a $25 Gift Card!
If you have a photo taken in one of our greenhouses or of your own garden orlandscape that contains products from Payne’s, please send it to info@paynes.com!

If your photo is chosen, and used in our e-newsletter website or other marketingmaterials, then you will receive a Gift Certificate from Payne’s for $25!Please make sure to give us your contact information in your email.

by The Old Farmer’s Almanac

Here’s THIS MONTHS ZODIAC SIGN PROFILE AND HOW IT CAN HELP YOU GARDEN:

AQUARIUS (January 20 – February 19)
Aquarius deepens the winter. Being an extremely independent individual, you favor easy-care plants like pumpkins and squashes (whose leaves quickly shade and kill weeds) meandering alongside your walkways and patios. Peas and snow peas can be found climbing radiantly up your porch railings, while tomatoes appeal to your egalitarian nature. The annual scattering of wildflowers brings great joy to your heart. In the kitchen, all manner of fruits can be found stacked in your bowls and on counters and tables. What can be simpler than wash-and-eat? Eclectic friends bring ethnic tabboulehs, ratatouilles, and couscous to share enthusiastically.

THANK YOU FOR YOUR PATIENCE AND ALL OF YOUR SUPPORT!

BE SAFE. BE AWARE.
When shopping at Payne’s,
PLEASE practice SAFE “Social Distancing”
and please keep 6 feet away from others.